Just some of the Bursledon Art Society artists 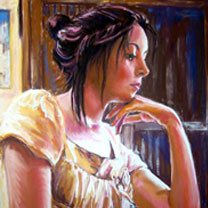 Jenny is a self taught artist and has developed her ability over years through observation of the many animals she has lived alongside. She has built up a mastery of artistic techniques that enable her to produce the realistic portraits she paints today, resulting in an uncanny ability to capture not only an accurate likeness, but also the spirit and character of her subjects. She now exhibits widely throughout Hampshire and the south, where her paintings have delighted many. 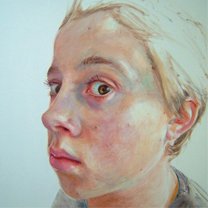 Sue studied illustration at Bristol and the Royal College of Art, London after which she moved to Portugal. Sue now lives and works near Southampton, England, teaching and painting portraits on a personal and commission basis. 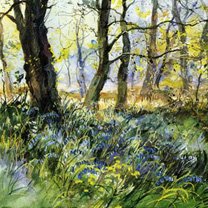 Wendy is a member of the 'Society of Women Artists', the 'Society of Floral Painters' and the St Ives Society of Artists. She studied art in Southampton and has exhibited in many prestigious galleries. Wendy has written over 40 art books and has been featured in 13 art DVDs, all of which give valuable lessons in how to paint in a variety of media. She also writes articles for the Leisure Painter magazine. 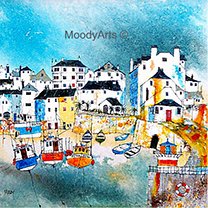 Ron lives in the village of Netley Abbey which lies on the edge of Southampton Water. He has always lived near the sea and grew up within the sights and sounds of a busy port, which has undoubtedly had an influence on his painting. Ron also loves to spend time on the coast, particularly in Devon and Cornwall sketching and gathering ideas for his work. Although he has always had an interest in visual art, Ron has had no formal tuition apart from his apprentice training as an engineering draughtsman. 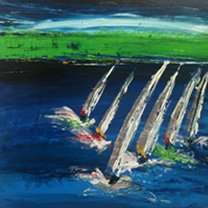 Kate grew up with a strong outdoor lifestyle ethic, as part of a sailing family living on the River Hamble, just off the Solent. She now lives in Cowes and has an art studio situated on the river Medina. She enjoys the effect of using bright colours in all her works. The images are established using a firm line. The surface takes on a bold textured feel and gains a richness of depth and this combination expresses the energy and movement of the scene and gives an enjoyable visual experience. 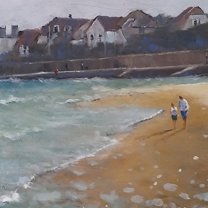 Chris specialises in oil paintings onto canvas or panel primarily of local marine subjects, he made the move to become a full time artist in 2008 having spent his working career as an engineer. A keen sailor, and having spent a lifetime being on, in or near the sea has given him an understanding of the interaction between water and boats. 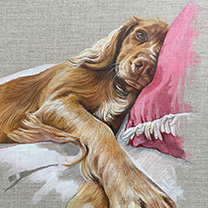 With over 25 years experience in graphic design, Ros now works as a freelance graphic designer, illustrator and artist. Based in Southampton, Hampshire, Ros exhibits in various galleries and exhibitions throughout the UK with artwork spanning many subjects from portraits to landscapes to campervans! She has written many articles on acrylics and pencil work for Leisure Painter Magazine with step-by-step tutorials. 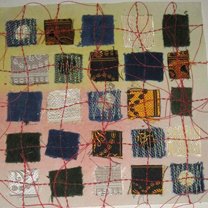 Elizabeth Saunders is an artist, designer and textiles tutor based in Hedge End who holds a masters degree in education from University of Southampton and another in textiles from Winchester School of Art. She has exhibited her work nationally and also in Ireland, Belgium and Switzerland with the Quilters Guild. 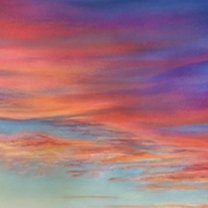 With a self styled approach and free from the rigour of formal training Jennifer has spent many hours perfecting the art and application of soft pastels onto paper, creating a large collection of mainly seascape paintings in all their moody powerful glory. The simpleness of soft pastels, no preparation just pick them up and off you go is what draws her to this medium and the bigger the paper the better! 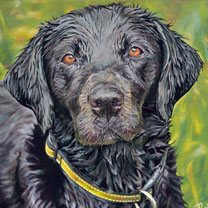 Joshua grew up surrounded by the sea and the striking Cornish landscapes, which have contributed in influencing his art. Having moved to Hampshire at the age of 11, Josh was again encircled by more visual inspiration. Josh started using oil paints in 2011, and is now his medium of choice. His painting style is very unique, produce exquisite detail. 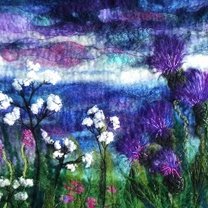 Jenny is a textile artist working from her studio in the Solent area of Hampshire specializing in Batik and Felting (Wet, Nuno and Needle) which gives her plenty of scope to explore her love of texture, colour and design. She also enjoys being creative using Driftwood. 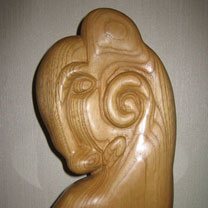 Hilary paints in oils, mixed media or watercolours, and also enjoys painting animals or semi-abstract forms. She has worked in corporate collections and has exhibited wildly in this country and abroad. She also likes to carve in various woods or stones (alabaster, soapstone, portland) human or animal forms that she hopes people will want to touch as that is very important to her. She believes it's one of the many joys of life to work with a mallet, chisel or paintbrush.